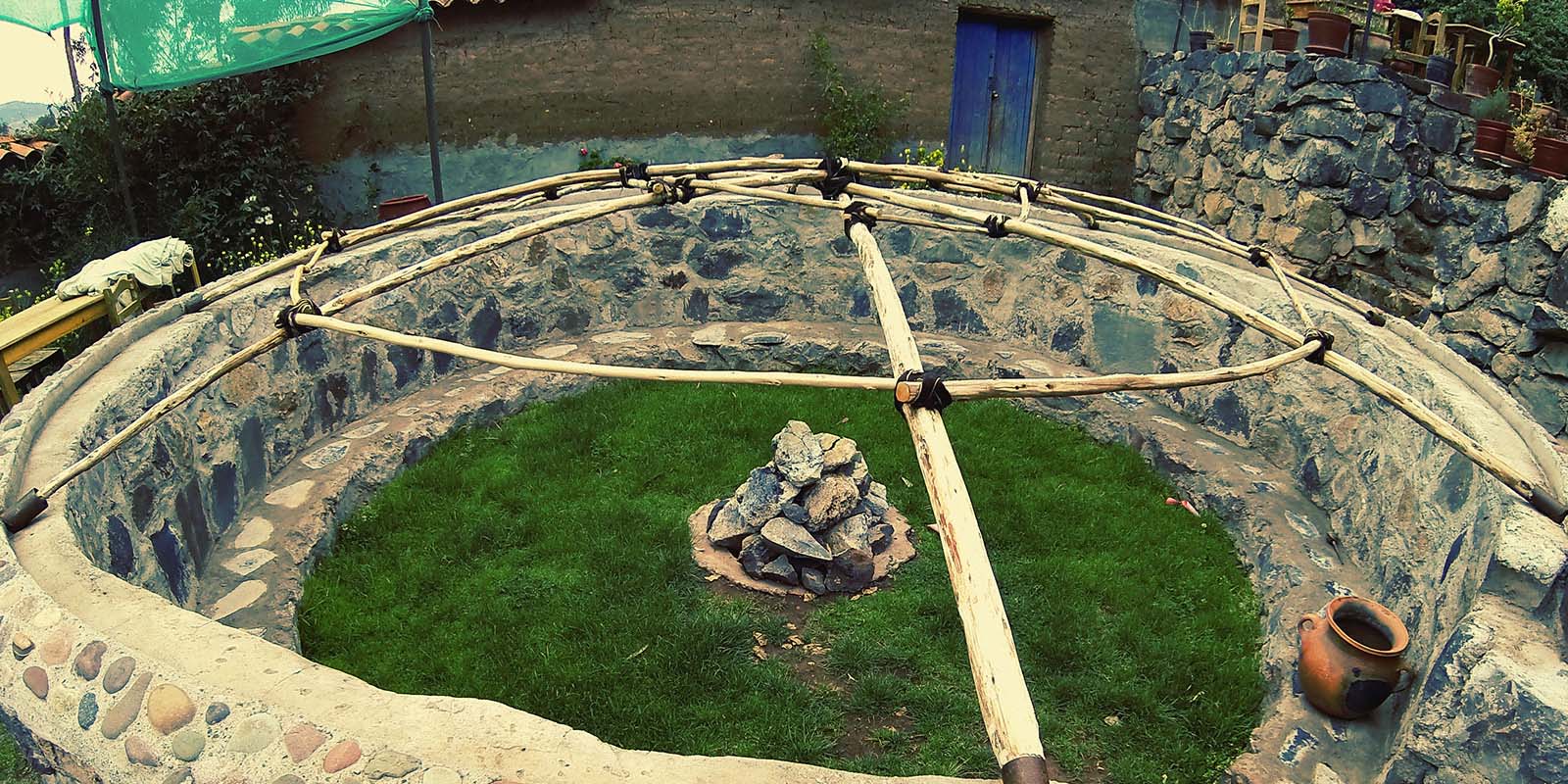 Several community sweat lodge participants asked for more information and explanation about sweats. In response to such requests, this article is a compilation of notes gathered during years of listening to Elders; also included are excerpts from a few good books and hard earned personal lessons gained from our many experiences. It is easier to prepare and share detailed information about sweats when one is not engaged in actually preparing or conducting such a ritual at the same time. Like everyone, the authors are evolving, too. For them, writing creates a record of their own focus and growth; it also provides a mechanism for both self-evaluation and sharing.

Marcellus Bearheart Williams, an Oklahoma Creek Medicine Keeper, is the adopted uncle of Alderson-Fekseko. Bearheart taught Fekseko the basics of Indian sweats as he understood and practiced them. At the same time, Marcellus Bearheart helped Fekseko discover much about himself in the process. To his worthy student Fekseko, Bearheart presented a Sacred Pipe, an Eagle Feather and a promise that Fekseko would help many people in Tallahassee and Florida. Bearheart's words were true. The other authors have also had equally valid, though different, sweat lodge experiences.

Since 1982, Fekseko has been closely associated with Pine Arbor Tribal Town, a mixed-blood Muskogean community. He is actively involved at their traditional ceremonials. Thanks to many teachers and especially Hokte-Pvhe and Sakim, Fekseko continues to learn the details of tradition and gracefully integrates this knowledge, where appropriate, into his sweats. Every sweat leader does things a little differently; no two sweats are ever completely the same. Differences accrue to the fact that many ceremonies and customs are geographically specific to a particular area due to it's unique climate, environmental conditions, plant life and so forth. The purposes of the sweat bath, however, are fairly universal throughout the world. Whether we participate in traditional sweats here or on the other side of the planet, the benefits derived from a sweat lodge would be the same.

Saunas and sweat lodges are an historical fact in many parts of the world: most of North and Central America, Ireland, Finland and much of Europe, Russia, Africa, Japan, the Mediterranean and the Middle East. Benefits of sweat baths have long been known. Spiritual renewal and the purification of body, mind, soul and spirit are the major purposes and benefits resulting from regular sweat lodge use.

Sweating rids the body of wastes. In this modern sedentary age of pollution, artificial environments, synthetic clothing and lack of regular exercise, a sweat bath can open clogged skin pores and stimulate the healthy flow of a body's own natural sweat.

Depending on how hot the sweat bath is and the climate in which it occurs, a fifteen minute sauna or sweat can perform the heavy metal excretion that normally takes healthy kidneys 24 hours to accomplish. Body sweat flushes toxic metals such as copper, lead, zinc, and mercury from the body. A sauna is often recommended as a supplement to kidney machines. Sweat can also remove excessive salts; this is generally believed to be beneficial for cases of mild hypertension. Sweat can also eliminate urea, a metabolic by-product. Excessive urea can cause headaches, nausea and in extreme cases, vomiting, coma--even death. Sweat may also draw out lactic acid responsible for stiff muscles and a contributor to general fatigue.

Sweat lodge heat dilates capillaries; this increases blood flow to the skin. The heart beats faster and impurities in vital organs are flushed out by the flow of fluids. Finnish and German doctors cite studies indicating sweat baths help persons with high blood pressure and heart problems; many American doctors, however, continue to recommend against sweat baths for such persons.

Lungs benefit, too. Clogged respiratory passages are opened by heat; this gives relief from colds or minor respiratory problems. Sweat baths are not recommended for persons with pneumonia and major respiratory problems. The heat of a sweat bath and the often rapid cooling afterwards, conditions the body. A well-tuned body is more resistant to colds, disease and infection. In cold weather, a warm glowing feeling often lingers for hours following a sweat bath. In hot weather, the body seems cooler afterwards.

Recent Finnish tests validate the practice of splashing water on superheated rocks as a means to produce an abundance of negative ions. This seems especially true if the rocks are heated by a wood fire and not electricity. It is known now that where there are too few negative ions and too many positive ions, have been linked to heart attacks, aggravated asthma, migraines, insomnia, rheumatism, arthritis, hay fever and allergies. By the way, major causes of unhealthy ionic conditions are: weather disturbances, central air conditioning, smog and driving too long in a closed automobile.

Examining important elements used in the Native American sweat lodge sheds light on its spiritual benefits. First, is the "symbolic" lodge itself. The lodge is often built (or renewed) during the morning of the chosen "Sweat Day." People fast while working on the lodge to help their intent remain focused, pure. Prayer is offered as willow or other saplings are cut, as holes are dug for the placement of saplings and as the pit for the hot rocks is excavated. Tobacco, a powerful herb now commonly misused, is often used for offerings--a visible "amen" to prayer. Such lodges can be, and often are, a portal for communication with a Higher Power, the Creator; it is very necessary to exercise care and good intent in all things connected with a sweat lodge, its construction and its rites.

Willow, it seems, is universally preferred for sweat lodge construction by most Native American groups. Words from Bobby Woods, Sioux sweat leader, illustrates some of the many symbolic attributes associated with willow. "Willow branches used to construct the lodge also taught bathers a lesson. In Fall, leaves of the willow died and returned to earth... in Spring, they come to life again. So too, men died but lived again in the real world of Creator where there is nothing but the eternal spirits of deceased things. A foretaste of this true life could be known here on Earth if they purified their bodies and minds, thus coming closer to the Great Spirit who is All-Purity....." Also, according to Bobby, the willows used in the lodge were set up in such a way as to symbolically mark off the four quadrants of the universe--everything of the world and sky was represented within the framework. The relationship of all things is visible here.

Muskogees use willow extensively for sweat lodges, brush arbors and medicines. Willow bark contains salicin, an analgesic and ingredient in several aspirin-like compounds. There are many ailments for which willow and aspirin are effective. Cutting or pruning willow encourages additional branches to sprout. A willow's life cycle reflects the natural cycle of life's many stages, too.