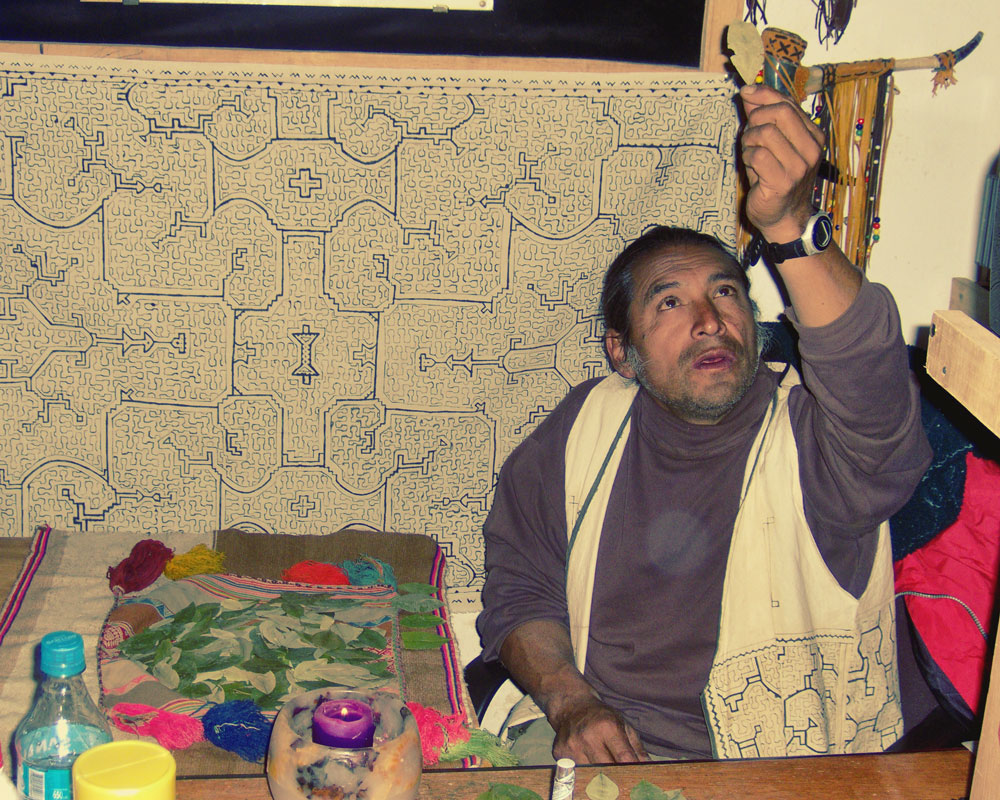 The reading of coca leaves is the most recognized and respected divinatory method in South America: considered to be of Inca origin, in reality it is a practice that is lost in the mists of time, being considered as a widespread practice in all pre-Inca cultures. They - like the Incas - attributed to him not only a divine origin, but also as the seat of a mother spirit, the soul of the plant, which never dies.

For the connoisseurs and believers of their oracular power, the reading of coca leaves is highly precise and only surpassed by the oracles of the ancient Apus. Compared to Western and Eastern divinatory methods, coca leaves are considered even more or more accurate than I-Ching.

The reading of coca leaves is carried out mainly on important dates within the Andean cosmovision, such as the month of August (the beginning of the harvests) and between June 21 and 24 (solstice and festival of the Inti Raymi). But it is not an exclusive practice of those dates: the leaves can be consulted all the year.

The practice and teaching of reading is by family, so there are very few people not from the field, who know how to interpret the leaves. Those few, have obtained the knowledge when contracting nuptials with a member of a family that practices its reading, reason why we can assure that it is not necessary to be of indigenous origin to know this oracular method, although it is necessary to recalacar that are few the fortunate ones.

Most readers of the pages place a religious image and a bell on the side of the mantle or reading field. The initial rite is to ask the Pachamama permission to "read the coca" with prayers in Quechua or Aymara, ring the bell to the four cardinal points and with a few coca leaves, offer them symbolically with the raised hand, also to the four Cardinal points. In some places there is still the habit of chewing (chewing) sheets - both officiant and consultant - before starting the consultation. If the flavor of the leaves is "sweet", the ritual will continue; If instead they feel "bitter", it is recommended not to consult coca.

After the first consultation, the officiant takes two large sheets of coca, placing them at both ends of the field: one showing his front face and one his front. This is being considered as a positive and a negative response. Then he takes a handful of leaves and drops them on the mantle: that's where the reading begins.

The leaves are interpreted in several ways: the greater number of leaves showing their frontal face (of intense green), the answer to the question will be positive, and negative in the opposite case; similarly, the proximity to the large leaves at the ends is interpreted in the same way.

The rest of the information is obtained by the sheets themselves: their shapes, their folds, their notches and color tone, are translated in such a way that they are identified as "bridges" (viades symbol), people (highlighted up to their physical characteristics), documentary procedures, land, livestock, etc. You can also observe diseases and treatments to follow; I can not go deeper into the signals because, true to the Andean tradition, I must keep that knowledge only available to a few.

In the same way the set of leaves on the mantle form figures that are interpreted by the officiant. For interpretation he uses them to connect through the collective unconscious with his ancestors, thus obtaining information such as dates in months, days and years, names and descriptions of distant places in time and space, as well as events with the minimum of details This quality rather lives in the officiant, being able to find in the Andean countries, individuals capable of obtaining really amazing information. Through the sacred plant of the Incas.